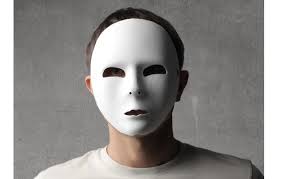 Is there such thing as anonymous Christian?

Why would Christians want the anonymity and privacy if their calling is to be the salt and the light of the world?

Anonymity leads to spam, to onetime visits, to a lack of marketing effectiveness, and to bad behavior observes Seth Godin (p. 153, Permission Marketing).

It might actually be the other way around for many people who label themselves Christians but don’t want to live like one. They don’t like changing their lifestyles, risking their public image, and submitting to any authority figures or structures.

How would churches that have more than 40 people in its attendance change if anonymous attendees actually became members with names, stories, and values that they share and spread?

How would the world change if Christians lived their lives both in public and private with authentic names and openness about who they are and what they do?

What would it look like for Christians to bear and wear the image and identity of Christ everyday?